WATER IS USEFUL FOR HEALTH – YET KILLING FOR THE EQUIPMENT!

The reason behind these problems is usually scale or the “growing over” of the heat exchangers, trunk line pipes or also ducts or a cutback in the flow. 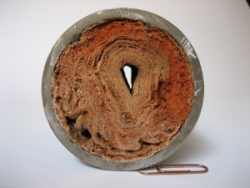 Water sold by our water vendors corresponds to every standard, as water hardness is not standardised. The very calcium and magnesium salts are those depositing and forming the so-called scale. Thick pipes from the Russian era will clog slower, while the present – thin – ones will clog especially fast. Depending on the location, the taps may become dry faster than you could think. For instance, in the vicinity of Tallinn, the worst locations in that sense are Viimsi and Tabasalu – the pipes won’t take much more than a few years to grow over. In Tallinn water hardness is 14-15 dH, while being even higher in Viimsi and Tabasalu, and as high as 24 dH in Tartu. To compare, in Finland every fifth building is furnished with electromagnetic water treatment equipment, while water hardness there being a mere 3-5 dH.

Only in 20% of occasions the reason behind the replacement of pipelines is rusting through. In 80% of occasions pipelines are replaced just because scale has deposited in them, which will cause clogging. Plastic pipes aren`t protected against scale as well; on the contrary – they clog even faster, as the pipe will expand and shrink with changes in temperature. 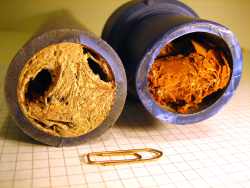 Limescale inside the plastic pipe

It’s good to state that the Estonian consumer has started thinking of saving more and more in the past few years and fighting scale means a straightforward saving. Both calcium and magnesium are extremely useful to health, while being sheer death to water systems and all kinds of home appliances – coffeemakers, washing machines, shower mixers, taps, etc.

Yet it’s not that tough to do something to protect the equipment against scale. The Bauer electromagnetic water treatment device should be installed – it won’t alter the chemical composition of water (all natural minerals necessary for health will stay, as opposed to chemical water treatment). The physical properties of water will be altered: as a result of electromagnetic treatment, scale will no longer deposit on the walls of the pipes or in the equipment. In addition, salts deposited during the years will be removed that way and the need to replace the pipelines will be gone. The quality of water will improve considerably too as a result of the treatment. As a matter of fact, this is nearly the only efficient measure to avoid pipe clogging. 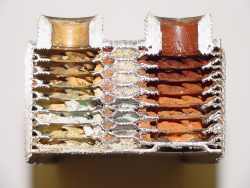 In the consumer water system, Bauer equipment will be installed before the pipeline junction in the building inlet in the cold water pipeline. Thus the hot water produced will be treated and the heat exchangers will be protected against scale. Depending on the consumption of water, a separate device will be installed in hot water circulation too. 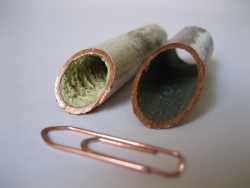 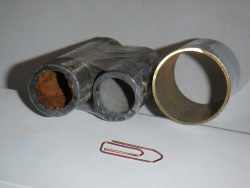 HOW BAUER EQUIPMENT CUTS DOWN ON HEATING EXPENSES, READ HERE !